Hillel International is awarded a grant up to $2,000,000 to build on the SJE/CEI model. Over the next several years Hillel will evolve and expand so that more than 100 colleges benefit from the talents of a Jewish educator who is trained in the SJE methodology and a networked approach to engagement. In some instances, SJE/CEI will look exactly as the pilot models. In other instances, it will be a “lighter-touch” version that remains true to the initiative’s strategy and core goals. These efforts are expected to impact nearly 200,000 Jewish students. The grant also includes the development of a comprehensive business plan and efforts that are part of Hillel’s three pillars for future growth of the organization – Excellence on Campus: Supporting and Measuring Quality; Excellence in Recruiting and Developing Talent; and Excellence in Resource Development. 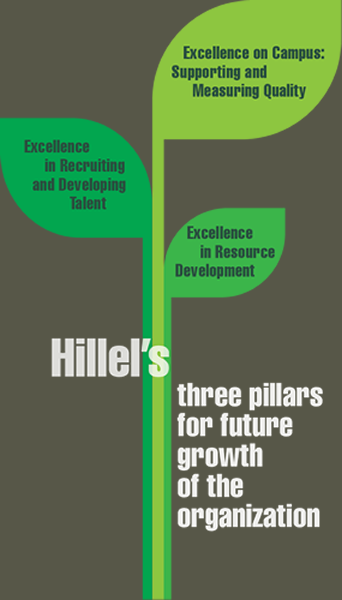